Docker is great for simplifying your local development environment. But, as your workspace grows, lots of apps begin to come online.

Do you have to create a database, background services, messaging services for each of these apps?

This can be a real bug-bear. You might also need to connect to some service that is the backbone of your architecture e.g. Kafka.

Docker to the rescue!

Most people back off from docker abstraction, and begin to expose ports to the client outside of the docker container to bypass this. There is no need - docker can handle this just fine. It can even be setup in your docker-compose.yml to save you from copying and pasting those long command line arguments.

Lets build some Kafka applications inside docker, and connect them up.

We are going to build a Kafka docker-compose.yml that will run Lenses using the pre-built image available from Lenses.io ( you need to sign-up for a free license - read ahead to see if it is worth it ).

When I have shared services I always add them to my utilities folder. If you don't have one, lets make one!

You can find my example here: lenses setup. The below compose file is all you need, and you can assign the LENSES_LICENSE_URL as an environment variable.

The real special sauce here is that we are setting up a network called kafka_net. This is the virtual network that our Lenses container belongs to.

I'll show you how to get other apps to join this network as well.

We can start lenses now:

Lenses takes a little while to start, but you will find the admin panel at localhost:3030 once it is ready. The username:password default is admin:admin. 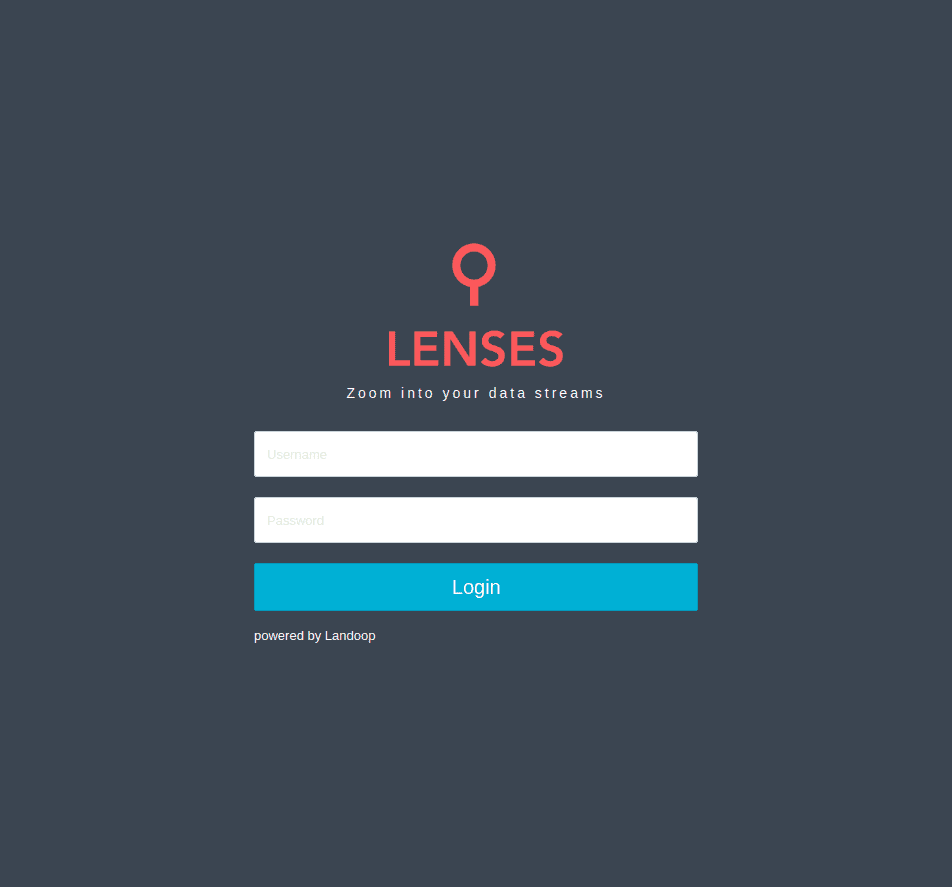 Lenses is up and running, with an Apache Kafka Cluster and Broker. Now we need to create some Apache Kafka apps to use it!

Karafka is a framework for building Apache Kafka applications with Ruby, and it supports Ruby on Rails.

We are going to clone the example application to a new directory:

It is not a docker app, but we can make it one.

We need a ruby image for this app, so create a Dockerfile in the directory and add:

To boot the application we will use the following docker-compose.yml:

See in the above that we specify the kafka_net we created earlier as the containers network. This will mean we can access the other containers in this network using their container names and ports.

One last thing! If you open up karafka.rb you'll see line 17 specifies the lookup for the Apache Kafka broker. We need to point this to our Lenses Apache Cluster, which we named with container_name: kafka

Everything comes together to produce this one container address - this is how to read it:

With that sorted lets boot:

In a new terminal and in the example-app directory run:

Now head over to http://localhost:3030/lenses/#/topics and enjoy the fun.

Thanks for reading this introduction to networking between compose files.